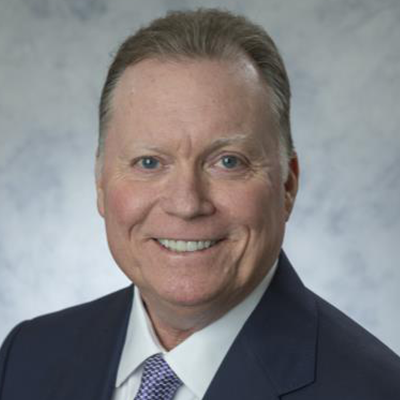 An influential industry leader, Mike Berry began his real estate career in North Texas in 1982 and has been involved in real estate development projects for over 37 years. Berry joined Hillwood in July 1988 – the year ground was broken for Alliance Airport, a concept he helped pioneer and transform from an industrial airport into the 26,000-acre thriving master-planned community and global logistics hub known today as AllianceTexas. Under his leadership, AllianceTexas has grown into a thriving center of industrial, office, retail and residential activity, generating an economic impact of approximately $76 billion on North Texas.

In addition to leading efforts for AllianceTexas, Berry heads the Hillwood Urban team. This specialized Hillwood group focuses on corporate office and mixed-use development in Downtown and Uptown Dallas, as well as new investment and development opportunities in the North Texas market.

Berry’s versatile experience in complex public-private partnerships and holistic approach to creating large master-planned developments has been instrumental in Hillwood’s success. In 2015, Berry and the Hillwood team announced the launch of Frisco Station, a 242-acre high-density mixed-use development in Frisco, Texas, in partnership with VanTrust Real Estate and The Rudman Partnership.

Berry’s imprint on the North Texas landscape has earned him numerous honors throughout his career, including his induction into the North Texas Commercial Association of Realtors Hall of Fame and his receiving The Golden Deeds Award in 2016. Berry currently resides in Fort Worth with his wife and four daughters.

All Sessions by Mike Berry