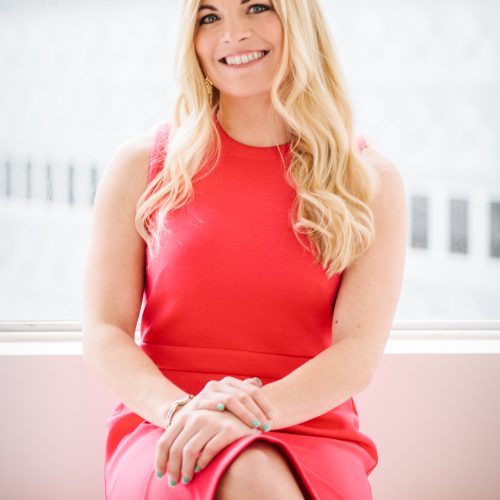 After more than a decade in the Fortune 500 as an award-winning executive communications leader and columnist, Molly abruptly traded her perfectly safe corporate job for the unknown adventures of an entrepreneur – she hasn’t looked back since. For the next four years, she immersed herself in the startup world, founding two startups and eventually taking over as Executive Director for Tech Wildcatters, at the time based in Dallas and one of the nation’s earliest and most successful accelerator programs. During her tenure, Molly and her team grew the accelerator to its highest ever standing by earning national recognition as a top ten accelerator by Inc. Magazine in 2015.

A native Texan, Molly took her startup experience to the government in Washington D.C. Recruited by Homeland Security to serve as a GS-15 Director overseeing venture relations and advising federal executives at the intersection between startups, venture and accelerators. This middle ground is where she continues to serve today, translating the needs of government entities and their missions to the external ecosystems that increasingly realize the value in cross-collaborating on behalf of national security and our nation.

Today, Molly is an advisor to federal agencies on tech scouting, innovation program development and works closely with federal executives to establish messaging and engagement campaigns to reach beyond the Beltway and better communicate our government’s needs. She is also the creator of GovCity, the first-ever 48-hour think tank for civic and federal disruptors to spend two powerful days alongside their positively deviant corporate peers across every industry imaginable. GovCity launched first in March 2019 during SXSW in Austin, Texas — GovCity 2 and 3 will be in Boston in the fall of this year and Austin 2020.

Between GovCity sessions, you’ll catch Molly all over the U.S. scouting tech and pulling together seemingly unrelated ideas to advise the boldest federal executives and private industry mavericks who want to work with their cross-industry peers to solve our nation’s greatest challenges. She is the recipient of the Dallas 40 Under 40 and in 2016, Molly was recognized as one of the top women in tech by Dallas Business Journal.

All Sessions by Molly Cain